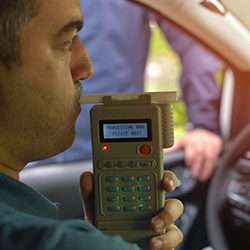 If you have been accused of a DUI/OVI it’s imperative that you are represented by an experienced Eastlake OVI lawyer. Without proper representation, you may find yourself with a mandatory license suspension, six points on your driving record, a criminal record, and even mandatory jail time. Although a drunk driving arrest may have been a mistake that you deeply regret, an OVI conviction can have significant consequences. An Eastlake OVI lawyer at The Martinez Firm will expertly guide you through every step of the legal process.

The Martinez Firm represents everyday, hardworking people in Eastlake who have found themselves accused or charged with a DUI/OVI offense. We work aggressively to ensure your rights are protected and your best interests are defended. We understand that a drunk or drugged driving conviction can have serious legal and personal repercussions, so our Eastlake OVI lawyer will do everything they can to get you the help you need.
We have successful experience defending individuals facing various DUI/OVI charges, including:

Most drunk driving cases in Ohio are classified as misdemeanors. Even a misdemeanor DUI or OVI arrest can result in significant penalties such as jail time, fines that can exceed $10,000, and a suspension of your driver’s license for a minimum of 90 days if you test above the legal limit.

While typically drunk driving cases are classified as misdemeanors, other extenuating allegations and factors can cause an OVI arrest to be treated as a felony. If you are arrested for driving over the legal consumption level and are found to have a significant amount of illegal or controlled substances, carrying a weapon, or having caused a car crash, an additional serious crime will elevate your OVI charge to a felony.

Individuals who have been arrested for a fourth OVI within a six-year period, or a six DUI within a 20-year period, will be charged with a felony DUI/OVI. In Ohio, there is a minimum 60-day jail sentence for these such cases.

In Ohio, it is illegal to drive while under the influence of illegal drugs even if no impairment is caused by them. Similar to drunk driving cases, drug DUI/OVI arrests can result in severe penalties such as extended jail time.

Individuals that hold a commercial driver’s license (CDL), most likely drive commercial vehicles for a living and rely upon the ability to do so to support themselves and their families. If you have a CDL but are arrested for a DUI/OVI in a regular vehicle, you will not only face sanctions on your driver’s license but you may receive up to one-year disqualification of your CDL. A future DUI offense will lead to a lifetime disqualification penalty of your CDL.

In Ohio, underage consumption and underage drunk driving are not taken lightly by law enforcement. Drivers under the age of 21 caught driving under the influence with a blood alcohol concentration (BAC) of between .02 and .08 percent will be charged with Operating a Vehicle After Underage Consumption (OVAUC). Any BAC level greater than .08 percent can lead to a conviction for Operating a Vehicle under the influence.

The penalties for these offenses can include up to 30 days in jail, a $250 fine, and a license suspension anywhere from 90 days up to two years for first-time offenders. In circumstances where individuals are not represented by an OVI lawyer, a plea bargain acceptance can lead to a criminal conviction and up to four points on their driving record.

If you are operating a motor vehicle with a blood alcohol concentration (BAC) over the legal limit of .08 percent, you are considered to be illegally drunk driving. If while operating the motor vehicle you are involved in an accident that seriously injures or causes someone’s death, you will face severe criminal charges that will greatly impact your life. 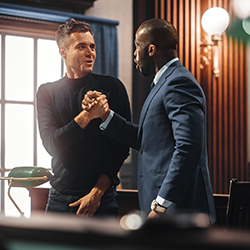 An OVI lawyer at The Martinez Firm will tirelessly work to exhaust every avenue of investigation to ensure your rights, interests, and freedoms are properly defended. We will examine all evidence including breathalyzer/breath tests results, police video of the stop, field sobriety administration, and verification of blood alcohol content levels to make sure all the facts are correctly presented. A Martinez Firm OVI lawyer will do everything in their power to reduce the impact of the penalties you might face and to reinstate your driving privileges so you can get back to your life.

We are always here to help. Looking forward to hearing from you!